By David Ronayne and Greg Taylor 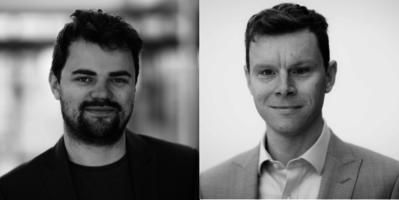 Many goods and services can be purchased either through a seller's direct channel, e.g., their own store or website, or through a competitive channel where multiple sellers' prices can be compared. Competitive channels (CCs) are increasingly central to the modern retail landscape and take a variety of forms: In the utilities and financial services industries, price comparison websites allow consumers to view prices for products such as broadband or insurance. For durable goods, platforms like eBay have become household names. Offline, marketplaces such as shopping malls provide a similar function, allowing consumers to compare multiple sellers' offers in one location. Across various markets, advisers and brokers also commonly serve as competitive channels for consumers.

Competitive channels facilitate price comparison, thus strengthening competition between sellers. This force tends to benefit consumers. However, the operators of competitive sales channels are economic actors and their incentives may not align with the interests of consumers. The central tension our work identifies is that of within- vs between-channel competition: competitive channels offer environments within which competition is intense; but when they themselves become dominant they exploit their power in ways that relax the competitive constraint channels impose on each other.

BCCP Fellow David Ronayne and co-author Greg Taylor reveal these trade-offs in a model in which the key component is consumers' (limited) price information. Specifically, the authors harness the idea of consumer captivity: a consumer’s failure to check prices in more than one place. Captivity can occur for many reasons. Perhaps a consumer has high search costs stemming from an urgent need or location constraint. Maybe there is some form of bias, e.g., habitually purchasing from the same place. Some may simply be generally disengaged with the product or service in question, while some may be unaware of more than one outlet for it. Brand marketing by the seller or CC may also encourage captivity. Prior research only considered consumers who are captive to sellers. A key novelty of their work is that they also consider consumers who are captive to competitive channels: they only consider offers posted on a CC and choose the best deal they find there.

They show that when a CC has few captive consumers, it pursues a low-fee strategy, which leads sellers to compete their prices down to a similarly low level. However, as a CC’s captive base grows, at some point it finds it more profitable to ratchet up its fee to exploit the power it holds over consumers. This forces sellers to set high prices for their CC listings. In turn, it becomes profitable for sellers to switch their strategies and undercut the CC prices with low direct-channel prices. This leaves only consumers captive to the CC buying via the CC, while shoppers who compare prices across channels flock to the direct channel. This “high-fee regime” is markedly different from when the CC followed a low-fee strategy, with an opposite outcome: CCs host the highest prices (rather than the direct channel), while sellers scrap it out in their direct prices to sell to the consumers who compare prices across channels. They show that because competition between sellers is more effective on the CC than in the direct channel, this transition harms consumers.

In sum, the authors cast caution onto any unfettered celebration of the growth of competitive channels. They are profit-seeking businesses, just like sellers. As CCs gain more consumers using them as a one-stop shop, the authors predict they harness their increased market power by raising fees to exploit their captive base, even if it means missing out on sales from savvier shoppers, a phenomenon the authors predict that tends to harm consumers.

The full paper “Competing Sales Channels with Captive Consumers” is published in The Economic Journal.